Perhaps more significantly, in that same six-month period, the company claims it installed approximately 256,000 5G cell sites throughout the country. As of June 30, the total 5G installed base is an estimated 1,022,000 cell sites.

The company says that through the first half of 2021, its new construction and upgrade activities were focused on its “One Core and Two Wings” strategy.

The tower business drives the lion’s share of China Tower’s revenues, accounting for $5.8 billion, up nearly four percent on a year-over-year basis. As it grew its tower site base to 2.035 million at the end of 1H21, the company also indicated that it gained 53,000 new TSP tenants bringing the total to over 3.2 million, increasing the TSP tenancy ratio to 1.59 from 1.57 at the end of 2020.

The DAS business cumulatively covered buildings with a total area of 4.41 billion square meters, up by 41 percent YoY. DAS also covered a total of 14,431 kilometers of high-speed railway tunnels and subways, an increase of almost 32 percent from 1H20. DAS business revenue accounted for $322 million, representing a YoY growth of over 21 percent.

China Tower says it has implemented “multiple measures to facilitate large-scale 5G network construction.” A key to its rapid rollout is a standardized approach to coordinating resources with standard practices and supporting policies. It helps that its three MNOs customers use the same radio equipment and share many tower assets.

The company points out that it has improved its resource utilization efficiency, making full use of existing towers and ancillary facilities for shelters while leveraging “social resources” such as street lights and electric utility poles.

At the same time, China Tower is applying innovative products including low-cost towers and ancillary power supplies, and is promoting low-cost sharing solutions of 5G passive DAS that can access all frequency bands.

The operational and management efficiencies that the company is achieving in its network construction are paying off with “this supported scale development of 5G networks” increasing the revenue contribution from 5G.

The energy business is capturing opportunities related to a low-carbon economy by focusing on expanding the scale of its operations and improved management approach in its core business segments of electric vehicle battery exchange and power backup for smart energy applications.

* All funds shown in U.S. dollars 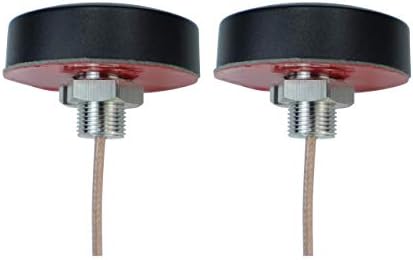 Security of Undersea Cables Should Not be Overlooked: Report

The Road Ahead For 5G Cellular Vehicle-to-Everything

For Some, the Tragedy on 9/11 Has a Personal Connection

Cellular Data Connection attempts to explain what cellular data all about and reveal the best ways to choose the ideal cellular data routers / plans. We then show how to maximize the use of it.

COMING SOON! Signup for our newsletter, get hot news plus speical deals from us and our partners...